The title of The Book of Satoshi: The Collected Writings of Bitcoin Creator Satoshi Nakamoto says it all. This is a collection of almost all publicly available forum posts and email correspondence of the mysterious inventor of Bitcoin over a period of two years. The texts are curated by Phil Champagne, a software engineer and a Bitcoin enthusiast since 2012. 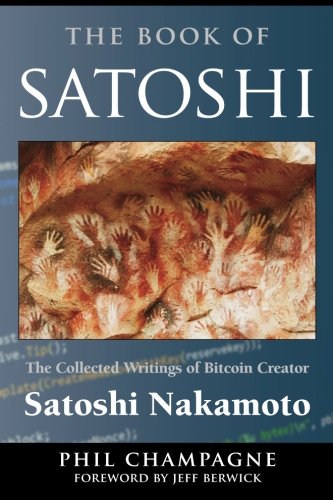 A regular book is designed from the very beginning to provide information on a topic through a carefully planned structure of contents. In this respect, The Book of Satoshi is anything but regular. Its chapters are presented in chronological order and contain discussions between Satoshi and other forum members on p2pfoundation.org, bitcointalk.org and mail archives. They follow the train of thought of these participants, and the reader may feel that big parts of the book lack focus and sufficient context. This is definitely not a suitable book for novices.

Still, The Book of Satoshi has one invaluable quality all other books on cryptocurrencies lack: it carries the largely unfiltered voice of its creator, who explains the features of Bitcoin as he would in an informal discussion. He also defends his technical decisions and allays the fears of those who try to poke holes into the theory of operation of the bitcoin network. On occasions, he strays from the technical aspects of his invention and ventures into the fields of economy and finance.

If treated as a historical or even a philosophical treatise and not a technical textbook, The Book of Satoshi does an excellent job. Over nearly 400 pages, it reveals the powerful simplicity of the underlying ideas and shows the amazing leap of imagination that manages to harness the strengths of multiple well-known IT tools to forge a revolutionary technology that is already changing profoundly the way we operate with money, certify facts and create online identities.

The Book of Satoshi follows a very standardized structure. There is an introductory chapter which explains how and why Bitcoin works. It is followed by 70 chapters that cover everything from the first public post by Satoshi to his final one. Each of these chapters begins with a short introduction by the curator which gives some context, after which a chain of posts/emails by Satoshi Nakamoto and other participants is reprinted. It would be impractical to summarize the contents of each chapter, but to give you an idea of the book contents, here are some of the more important topics that you will find inside.

Following these chapters is some private correspondence of Satoshi Nakamoto and some accounts of early Bitcoin history by Hal Finney — an early adopter and the recipient of the very first Bitcoin transaction. After these, the curator has reprinted the seminal 9-page paper that started it all — ‘Bitcoin: A Peer-to-Peer Electronic Cash System‘.

My single biggest gripe with this book is the somewhat broken formatting and the frequent gluing of words together. However this may be a problem with the Kindle edition of the book I have; I doubt an editor would let such errors slip by before the book went to print.

The person (or collective) behind the pseudonym of Satoshi Nakamoto managed to conceive an amazing new method of recording transactions in a permanent, unbreakable record. He or they also managed to provide a working implementation in a very short amount of time. While doing so, he or they demonstrated admirable fluency in economic and financial topics. In my opinion, Satoshi Nakamoto is well deserving of a Nobel Prize in Economic Sciences. Every serious proponent of Bitcoin will likely derive intellectual satisfaction from going over all collected writings of the person who conceived it.

I enjoyed reading The Book of Satoshi, but I can’t make an universal recommendation. Instead, I will try to narrow down the types of readers who would (dis)like it.

+ Non-technical person or folks only interested in the very general principles and operation of Bitcoin will derive little useful knowledge from The Book of Satoshi. My advice for you is to skip this book entirely. Have a look at Bitcoin for the Befuddled instead (after reading our book review)
+ Technical persons who seek actionable information and in-depth knowledge of how Bitcoin works in practice may benefit from this book. However there are others, much better structured publications which will do the job better. Watch this space; reviews of such books are coming soon!
+ Technical persons interested in Bitcoin principles who want to see how others imagine Bitcoin working and seek to know more about the economic and financial applications of Bitcoin should by all means get The Book of Satoshi.